North Carolina has some of the strictest DWI laws and most severe DWI punishments in the US. A DWI in North Carolina the state has the right to seize and sell your car. It can also result in hefty fines and jail time, even for a first offense. A DWI conviction goes on your permanent record and will affect your insurance rates and employment prospects. Of course, you’re innocent until proven guilty. So what does it take to prove that you’re guilty of a DWI in North Carolina? 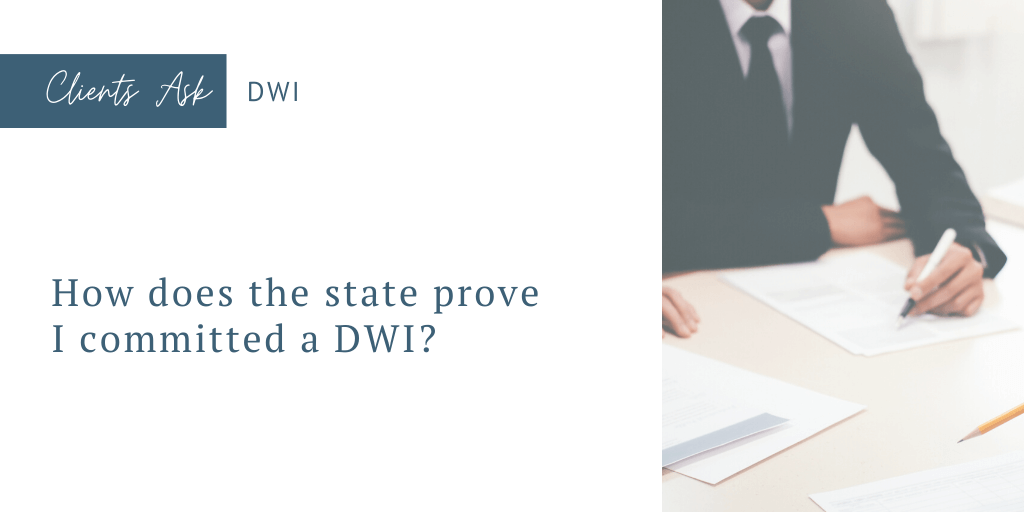 If you’ve ever watched a detective or cop show, you know that the procedure by which you are arrested and by which the state gathers evidence is crucial. The required procedures exist to protect your rights and to help ensure that the state isn’t convicting innocent people. A procedural mistake or mismanagement can result in key evidence being barred from your case, or even in your case being thrown out altogether.

You’ve probably seen a cop show where an officer fails to read a suspect their Miranda Rights and it’s enough to let the suspect go free. In real life, it’s not that simple. When you’re pulled over for a DWI, the officer only has to read you your Miranda Rights after if she wants to question you after your arrest. If she has not yet arrested you or doesn’t plan on questioning you, she does not have to read you your rights.

If the officer arrests you and questions you without giving you a Miranda warning, the statements you make under questioning can be thrown out in court. That may be good news for you if the only evidence they have that you may have committed a DWI comes from the questioning. That’s not typically the case, however. There will generally be other evidence to support a DWI conviction, such as a DWI Breath Tests: Know Your Rights or the testimony of a witness. That means that you’re unlikely to have your case thrown out just because the officer didn’t read you your rights. Remember that whether you’re read your rights or not, it’s a good idea to remain silent until your attorney is present.

The failure to warn you about the implied consent law is probably not going to be enough to get your case thrown out. The state will often present other evidence, such as the testimony of a witness who saw you swerving in traffic or the testimony of an officer who smelled alcohol on your breath. If that’s the case, you may still be convicted. If, however, the breath test is the only evidence that you were driving while impaired, the lack of a warning about the implied consent law may be enough to have your case thrown out.

The police must have a reason to pull you over. They’ll have to explain that reason in court. Pulling you over without a valid reason makes the traffic stop unlawful – and evidence from an unlawful stop may not be admitted in court. That may include field sobriety tests, breath tests administered in the field, and any evidence the officers see, hear, or smell during the stop.

In North Carolina, weaving inside your own lane is insufficient to merit a traffic stop, but weaving into other lanes is enough. Driving without your lights on may also get you pulled over. Remember that in North Carolina, police can legally set up random DWI checkpoints. If you get caught at a checkpoint and the officers follow proper checkpoint procedure, the stop is legal.

Proving that a stop was unlawful requires that you pay very close attention to what’s going on when you get pulled over. Contact your attorney as soon as you can so that you can explain the details of your stop while they’re still fresh in your memory.

Breath tests are prone to error, so the officers must take 2 tests to ensure accuracy. Those tests must show results within .02 of each other to be considered accurate. If the officers fail to administer 2 tests or if the test results are too far apart, the breath test evidence may be barred from your case.

In addition to the procedures described above, other procedural issues may result in the dismissal of your case. For example, officers must file the charge within the statute of limitations and the arresting officers must have had jurisdiction to arrest you. Your attorney will be able to check whether the officers and the state have followed all of the appropriate procedures.

In addition to these procedural issues, the state actually has to prove with facts that you were driving while intoxicated. The state will typically use a breath test, records of field sobriety tests, and eyewitness accounts, and any other available evidence. The state can prove any of three main options to get you convicted of a DWI: a BAC over the legal limit, acting impaired regardless of BAC, and having any amount of opiates in your system. The officers must follow the procedures described above to obtain evidence for the charge. If they can’t provide sufficient evidence to prove one of these three beyond a reasonable doubt, you can’t be convicted. Remember that evidence may not be admitted in your case if the arresting officers or the state did not follow the correct procedures.

What should I do if I’m being charged with a DWI?

If you’re being charged with a DWI, keep careful records of all your dealings with the police and the state. You should contact an experienced DWI attorney as soon as possible. Your attorney will examine the circumstances surrounding your case and fight to ensure that the police and the state used the appropriate procedures to protect your rights and that they only use lawfully obtained evidence in court. Your attorney will also fight to show that the state does not have enough evidence to prove the case against you. 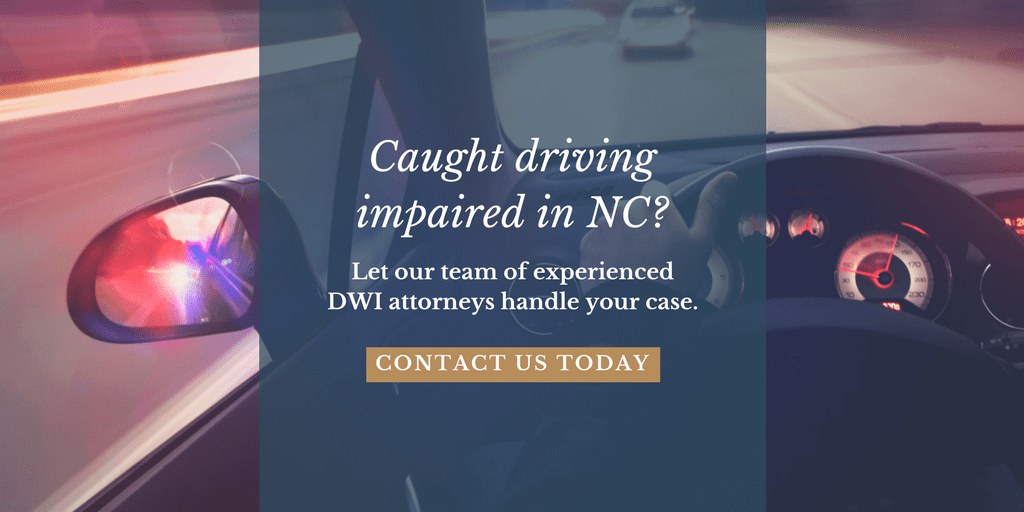