As the recent hack of Ashley Madison and Avid Life Media indicates, the Internet has given even greater accessibility to those currently involved in or looking to have an extra-marital affair. With the click of a button, a third-party member is readily available, and personal information is shared between a spouse and an individual outside the committed relationship, known or unbeknownst to them. 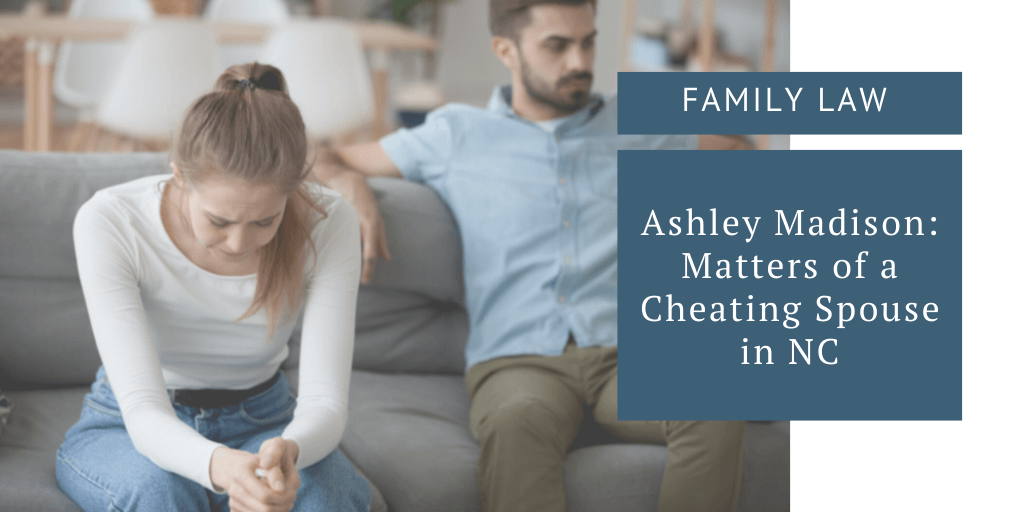 Ashley Madison, an online dating service for individuals who are married or in a committed relationship and looking to have an affair with a third-party member, was hacked last month and had its data dumped, allegedly by a group known as Impact Team. To date, 36 million email addresses were leaked for 33 million accounts, along with many first and last names, phone numbers, street addresses, and the final four digits on credit cards of site members.

The hack of Ashley Madison sheds light on the rights of spouses who have been cheated on by their significant other. North Carolina is one of seven states that recognize heart balm torts, including alienation of affection and criminal conversation. If a marriage fails due to the behavior of an individual outside the marriage, the wronged spouse in the affair can sue the third party member for damages.

In North Carolina, the following conditions must be satisfied in alienation of affection:

Criminal conversation, however, only requires that the following conditions to be satisfied:

Furthermore, dealing with a cheating spouse in NC can have significant consequences when it comes to post-separation support, divorce proceedings, and alimony. If you have found that your spouse is cheating and have questions for a family law attorney regarding next steps, please call SeiferFlatow, PLLC, at (704) 512-0606