Brady’s cell phone problem illustrates the complicated issues surrounding cell phone privacy in the workplace. In recent days, the New England Patriots “deflate-gate” story has shifted from being about the air pressure in footballs to being about the destruction of Tom Brady’s cell phone. For people who are unaware of the situation, The New England Patriots used underinflated footballs in AFC title game in January. Tom Brady decided not to cooperate with the NFL’s investigation into his involvement and he destroyed his phone to insure the NFL could not obtain the information on it. 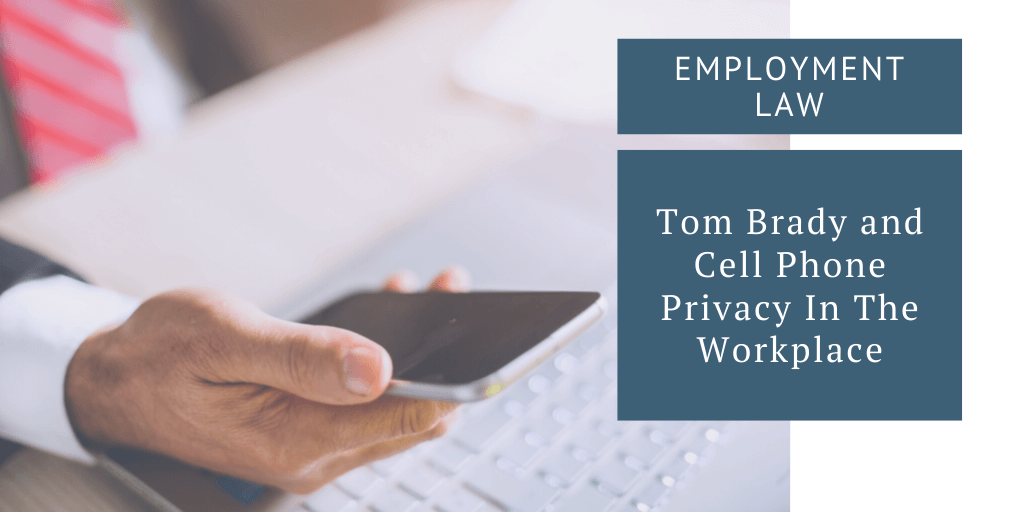 While many people have looked at Brady’s actions as a sign of guilt, it can also be considered an issue of workplace privacy. People consider their cell phones private and often store very personal information on them, but when an employer conducts an investigation in the workplace they often want to see what is on their employees’ phones.

Whether an employer has a right to view the content of their employees’ phones can be a complicated issue. If the phone is owned and paid for by the company, then the phone’s content is likely considered company property. This means that employers are free to examine the contents of the phone, even if much of the information is seemingly private.

The issue gets more complicated when the phone is owned by the employee. Under the law, the only way an employer can compel an employee to hand over their phone is by subpoena in a court case. However, North Carolina is an employment-at-will state and employers may be able to fire an employee if they do not cooperate with an internal investigation. Employees do have some protection, however, if being forced to reveal their personal information would amount to harassment.

As the Brady situation illustrates, issues of when an employee must turn over the information on their phone can be very complicated. If an employer is asking you to turn over information on your phone, you should consult an attorney on your rights.

If you have questions about your employment situation, you can call SeiferFlatow, PLLC at 704-512-0606