A car crash is a terrible thing. According to the North Carolina Department of Transportation, there were almost 28,000 crashes with 64 fatalities and more than 13,000 injuries in Charlotte last year. Almost 1,000 of those crashes involved alcohol. There are about 800,000 people in Charlotte. If each crash involved just one person, that would mean that more than 3% of the population of the city was involved in a wreck last year. 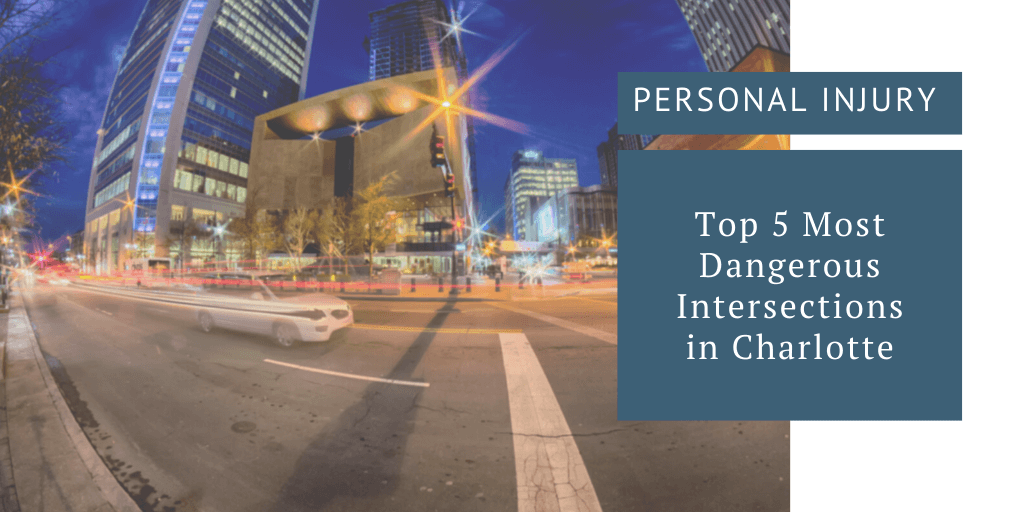 So, where are the most dangerous places to drive in Charlotte?

The city collects data on where crashes occur in order to improve road safety. They compare the number of crashes over a three-year period with the average daily traffic to calculate a crash rate. The crash rate indicates the likelihood of a crash at that intersection. Let’s take a look at the most dangerous intersections in Charlotte.

The following data is from 2012, the most recent year available. The 5 most dangerous intersections by crash rate are:

This five-way intersection has seen just 18 crashes over a 3-year period, but it’s also a low-traffic area. That puts it in the number 5 spot for the most dangerous roads in Charlotte. It’s right in front of the post office, near a Dollar General.

The home of the Hornets and the Checkers, Time Warner Cable Arena gets the number 4 spot. It saw 37 crashes in the 3-year period. Stadiums are frequent crash sites; they’re crowded and everyone hits the road at the same time when the game or show ends. Driving under the influence is also a frequent issue at sporting events and concerts.

At the number 3 spot, you’ll find the Freedom Mart Shopping Center and the Social Services Department for Mecklenburg County. It’s a large, busy intersection just off I-85 and had 91 crashes over three years. That works out to several crashes per month, which could really put a kink into your commute. This one also had the largest jump in rankings; it was number 20 on the list in the prior year.

Number 2 is the roundabout at Cambridge Commons Dr. and Harrisburg Rd. Roundabouts may be an efficient way to handle a low-traffic intersection, but they often confuse drivers. This one had 54 crashes over 3 years.

The top spot by crash rate had 30 crashes over the 3-year period. It’s in front of the First Baptist Church, just a block away from the NASCAR Hall of Fame.

Crash rate is a useful way to judge where road improvements would make the greatest difference, but it’s not the only way to measure how dangerous a road is. Using crash rates to rank the roads tends to bump small intersections higher on the list because less traffic goes through them every day. Measuring total crashes may give you a better idea of which spots to avoid in the city.

Let’s take a look at the top 5 most dangerous intersections, measured by the total crashes over 3 years.

This off-kilter intersection saw 104 crashes over 3 years. Independence Boulevard is a main artery for the city and crooked intersections are difficult for drivers to navigate.

A car crash is always terrible, but the number 4 spot may be the best place to be in one. It’s right in front of the Carolinas Medical Center. That also means there’s a lot of traffic, making for 109 crashes over 3 years.

In front of the shopping center, the Rite Aid, and the cemetery, we have our 3rd most dangerous intersection in Charlotte. Over 3 years, it had 124 crashes. That’s more than 3 crashes every month.

This intersection in front of the Arboretum takes the number 2 spot with 126 crashes over 3 years. It’s a large and slightly complicated intersection with a ton of traffic – more than 70,000 cars per day pass through it!

The number 1 most dangerous intersection in Charlotte racked up a whopping 150 crashes over three years. That’s a crash every week. This is an intersection to avoid whenever it’s possible.

Driving is a dangerous activity, but most people get by just fine. Keep your eyes on the road and focus only on driving – distracted driving is one of the top causes of car crashes.

If you are unfortunate enough to be involved in a car crash in Charlotte, our experienced personal injury attorneys can help. Contact us as soon as possible.