When you get pulled over on suspicion of driving while intoxicated or stopped at a DWI checkpoint, the officer may ask you to give a breath test. That test will measure your blood alcohol content. If you’re over the legal limit, you may be charged with a DWI. Can you refuse to take the breath test? 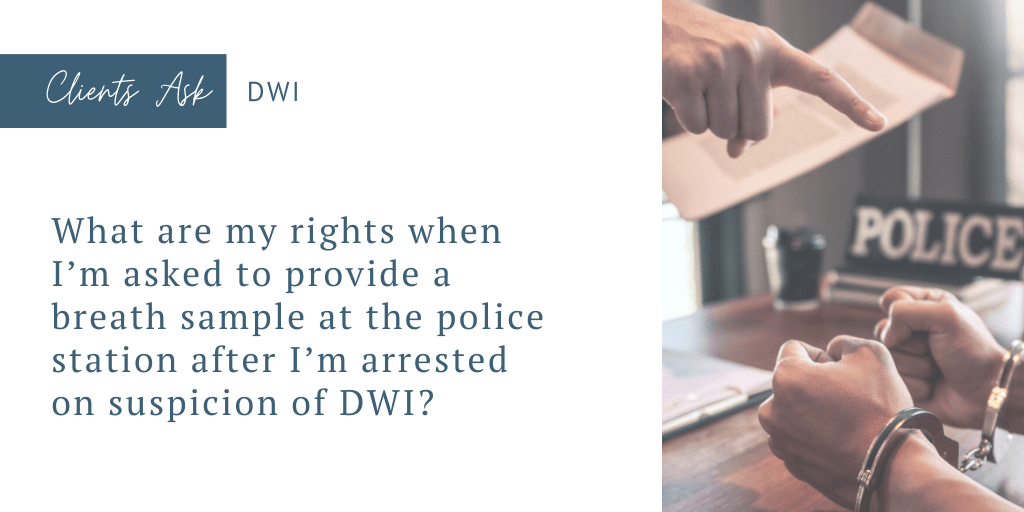 In some states, you may be able to refuse to take a blood or breath test under certain circumstances. In North Carolina, you are legally required to provide a blood or breath test. Basically, by driving on North Carolina roads, you give implicit consent to take such tests when they are lawfully administered. This “implied consent” rule makes it much harder to get out of an arrest for DWI.

The officer can give you a test before you’ve been arrested. For example, officers may lawfully request a blood or breath test at a random DWI checkpoint. Officers may also request a blood or breath test if they reasonably believe that you are driving under the influence. That generally comes up if you’re in an accident or if you’re pulled over for a traffic violation.

An officer can also give you a test after you’ve been arrested. Once you’ve been arrested, you have certain rights. The officer must provide a written warning that you’ll lose your license for a year or more if you refuse to take a blood or breath test. The officer also has to read your Miranda rights. You have the right to consult with an attorney. You also have the right to call in a witness to stay with you while you take the test. However, you only have 30 minutes to get your attorney and witness to the precinct. The law is designed such that you can’t wait use the attorney and witness as an excuse to wait until your BAC has cleared.

Remember that an officer may arrest you if she has a reasonable belief that you’ve been drinking and driving – she doesn’t have to find a container or any other hard evidence in your car. Her reasonable belief may be based on you weaving in and out of traffic, driving very slowly, or driving without your headlights on at night. State v. Peele, 196 N.C. App. 668 (2009). After the officer pulls you over, the smell of alcohol on your person or your eyes being bloodshot can contribute to her reasonable suspicion that you’re intoxicated. You may also be arrested for having an open container in the car or for other violations. If the officer pulled you over only because she had a reasonable suspicion that you were intoxicated, she’ll have to provide evidence in court for why she had that suspicion. If she can provide no evidence, the court will have to dismiss the charges because the stop was unlawful.

What happens if I refuse a test?

If you refuse a test before you’ve been arrested, you won’t automatically be penalized. However, refusal to submit to a test may be used as evidence that you were driving under the influence. Once the officer actually arrests you, you’re legally obligated to take the test. If you refuse, you’ll be charged with refusal to submit to the chemical test.

Penalties for Refusing a Test

If you refuse a test, you’ll lose your license for a year. That’s the case whether you’re convicted of DWI or not. If it’s the first time you’ve refused a test, you may be able to apply for limited driving privileges after 6 months. If it’s not the first time, you’ll probably have to wait for the entire year.

The suspension for refusing a test is added to any other penalties you receive. That means that if you are convicted for DWI, in which case the state has the right to seize and sell your car for at least a year, refusing to take the test will cost you an additional year.

What to Do if You’re Pulled Over for DWI

First, always be respectful. Do what the police ask you to do and be polite about it. If you’re rude or combative, they may be able to use it against you in court. There’s no real benefit to refusing a blood or breath test. They can still convict you of DWI based on other evidence and you’re going to lose your license for another year. If you still want to refuse the test, be sure to do it politely.

If you’re being charged with DWI, contact a DWI attorney as soon as possible. You will be required to appear in court and you need professional help to determine if the original traffic stop and subsequent procedure was lawful. If they weren’t, your case may be dismissed. You’ll also need professional help to fight for the lowest possible sentencing in the event that you are convicted. 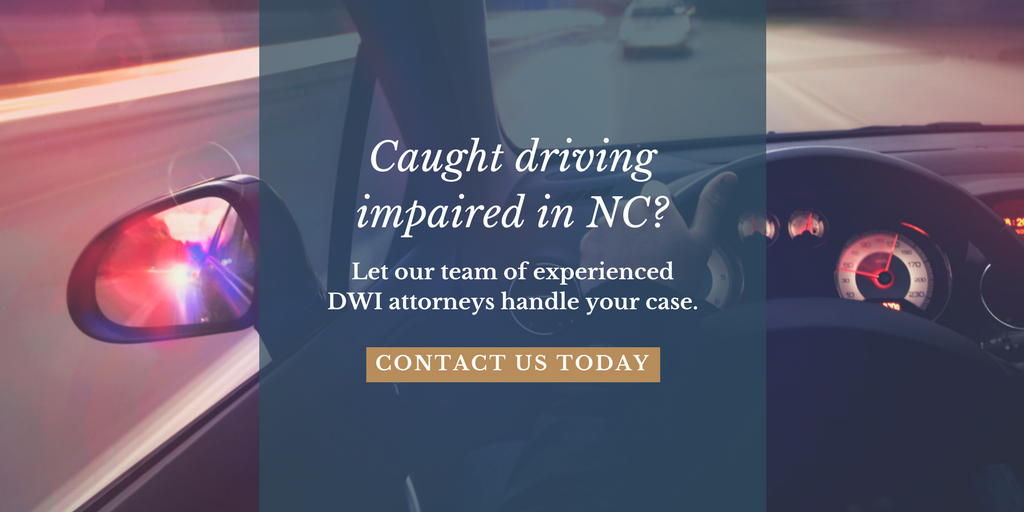