Both SeiferFlatow, attorneys in NC, and North Carolina were all over the local and national news last week. Here’s a compilation of everything that happened, in case you missed it. 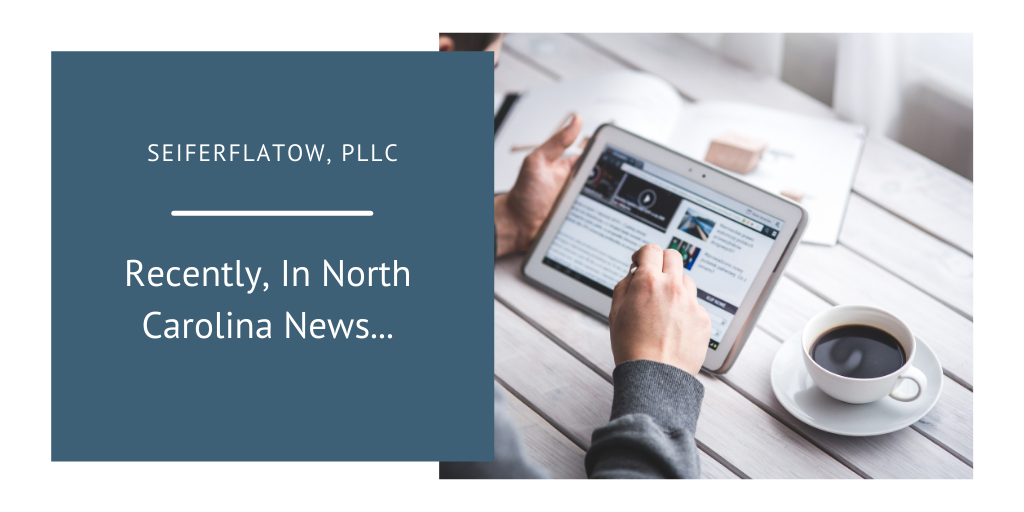 First, NCDOT released a press statement revealing their “Obey the Sign or Pay the Fine” blitz, which eliminates the buffer zone of speeding 1-9 mph over the speed limit. This proved frustrating for NC drivers who found the whole thing a bit trivial.

Next, North Carolina got national attention when it was discovered that the NC House Bill 2 holds a provision that prevents employees from being able to sue a business for discrimination. Mathew’s blog post further explains the bill’s implications, including various other legal, financial and legislative perspectives. The LGBT community rallied against the bill, and the hashtag #WeAreNotThis stayed in Twitter’s top trending. Many businesses and organizations are threatening to pull out of North Carolina because of the non-discrimination law, including the NBA All-Star Game. Lawyers across the state are also weighing in on the law.

Check out Mathew further explaining the bill’s ramifications in this WCCB video:

The icing on the cake for last week: “Freddy Got Fingered” caught up with a man 14 years later. In short, James Meyers was pulled over for a traffic violation and was later arrested for not returning a VHS tape from more than a decade prior. SeiferFlatow is representing Meyers. The story has since disseminated all over the ‘Net and airwaves. Adam appeared with Meyers on Fox 46 to discuss what exactly the case is about.

Adam also made a quick appearance on Inside Edition, and the star of “Freddy Got Fingered,” Tom Green, said he would help with Meyers’ court costs. This case even made it to the attention of “American Psycho- The Musical” in London, because of a recurring line in the film “American Psycho,” in which the main character often referred to having to return videotapes.

“They’re not focusing on the crimes I think they should be focusing on… That hour the cops sat out there with me, the hour and a half I was down in the magistrate’s office could have been spent somewhere else,” Meyers told WSOC.

Listen to the following audio of Meyers and Seifer discussing the case on The Pursuit of Happiness with Kenny Webster. Or, check out the interview with Rich Zeoli. Or Jay Thomas. Most recently, Jonathon Brandmeier.

Although many find this story absurd, Meyers is facing criminal charges. Said Meyers, “Despite the attention and anxiety, this has been fun to some degree but also very stressful, especially for my daughter and family.. I appreciate everyone’s concern and thoughts/support through all of this!

Things happen for a reason and having this law firm in my corner is a GODSEND. I feel SO MUCH better knowing they’re standing up for me in my current situation. THANKS GUYS!!!” 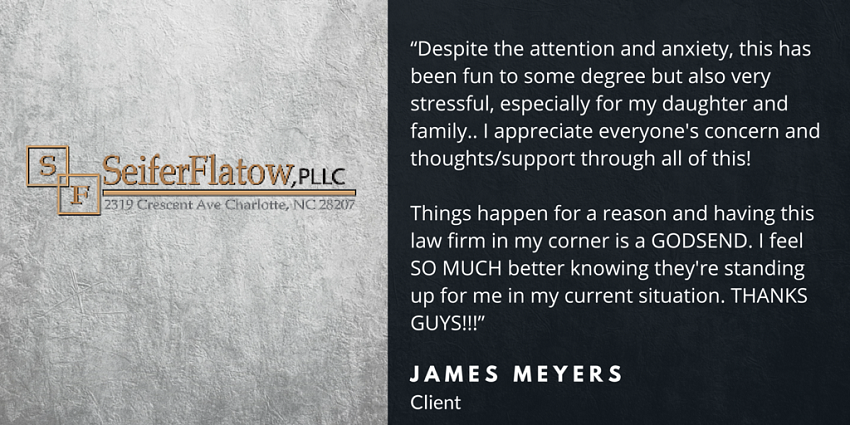 *We will continue to add to this post as the news continues on all topics.