You might have noticed one of the topics taking over your social feed this week has been the #WeAreNotThis hashtag. And, while many are using this trend to discuss the implications this has for the transgender population (as reported by the Charlotte Observer), there are also broader implications from North Carolina House Bill 2 that have serious legal implications for NC workers & businesses. 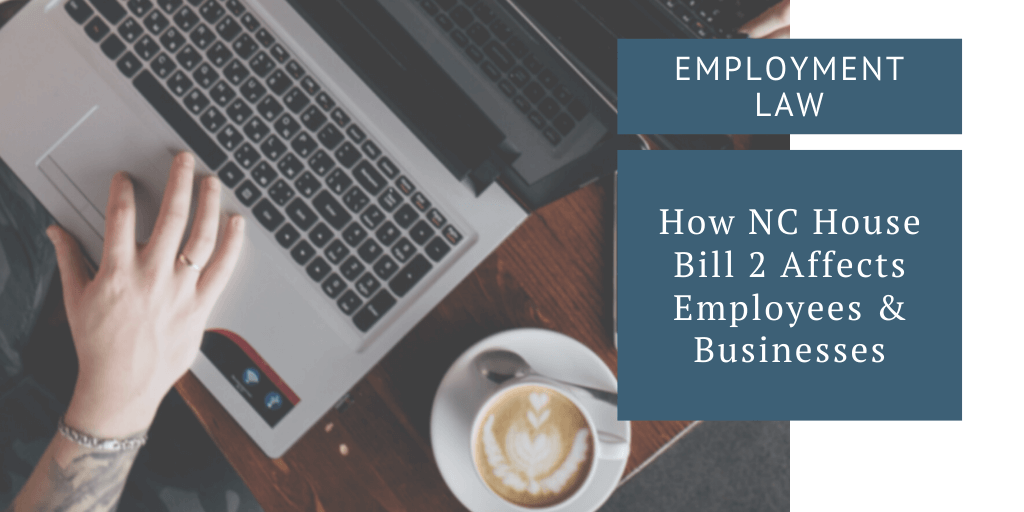 From the North Carolina Advocates for Justice,

Buried in North Carolina House Bill 2 is a provision that gives state court immunity to employers who discriminate against workers based on race, gender, age, and other protected class status. We’re fighting against that discrimination and will continue to do all we can to protect workers’ rights and all people’s rights in North Carolina.

As a direct result of this bill’s passage, employees in NC can no longer sue a business for discrimination, at least at the state level. Discrimination, while still illegal, is now a legal issue that has to be pursued at the federal level. Taking a case to federal court can be time-consuming, complicated, and costly.

The immediate target for this emergency session was to overturn Charlotte’s ordinance for transgender identity relating to public restrooms. However, there are many other issues raised by this piece of legislation. As members of the NCAJ have identified, here are three main concerns:

While many have looked at the immediate issue affecting Charlotte, there are various implications from a legal, financial, and legislative perspective that may impact a larger audience than the initial target. It will be of increasing interest to watch what happens with federal funding for public schools in the state, as this bill directly violates Title IX of the Education Amendments of 1972 and could, subsequently, place funding in jeopardy.

Read and hear other legal takes on impact of HB2 in the links below: