Early last week, the Fourth Circuit Court of Appeals handed down an important criminal law decision, holding that despite the guarantees of the Second Amendment, drug users have a limited right to own firearms. In U.S. v. Carter, the defendant Carter was a user of marijuana and after a complaint was filed with the police over suspected drug dealing, police visited his residence. 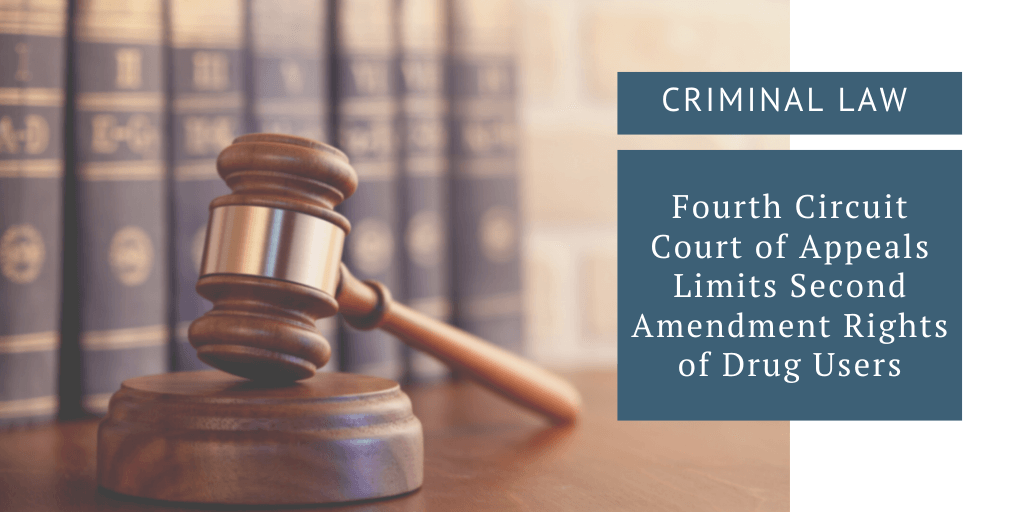 When Carter allowed the police to enter his home, he informed them that he had two guns in the house and that he had used and had been using marijuana. Although police obtained no evidence that Carter or anyone else at the residence had been dealing drugs, the defendant was arrested and charged with being a drug user in possession of a firearm.

Under federal law, it is illegal for an unlawful user of marijuana to possess a firearm. During his trial, Carter’s attorney attempted to get the charge dismissed, arguing that the drug user in possession of a firearm law violated the defendant’s right to own firearms, as guaranteed by the Second Amendment. When Carter first appealed the conviction, the Court of Appeals agreed with Carter and sent the case back down to the trial court for a showing that there was a significant connection between gun use and drug use so as to create a link between the two that would be necessary to prove the constitutionality of such a statute. During retrial, the prosecution submitted substantial evidence of the link between drug and gun use, a finding which was confirmed by the Court of Appeals when Carter re-appealed the trial court’s decision. With this important criminal law ruling, the Fourth Circuit joined every other circuit that has considered this issue in holding that drug users can be prohibited from owning guns, even in light of the constitutional guarantees of the Second Amendment.

If you or someone you know has been arrested and charged with a crime, contact SeiferFlatow to speak to an experienced attorney today.