Cocaine isn’t just a problem in Florida or Southern California. It’s not only found in nightclubs frequented by financiers and movie stars. It’s all over the country, including right here in North Carolina. As of 2010, the most recent year for which data is available, cocaine was the second most commonly used illegal drug in North Carolina, after marijuana. 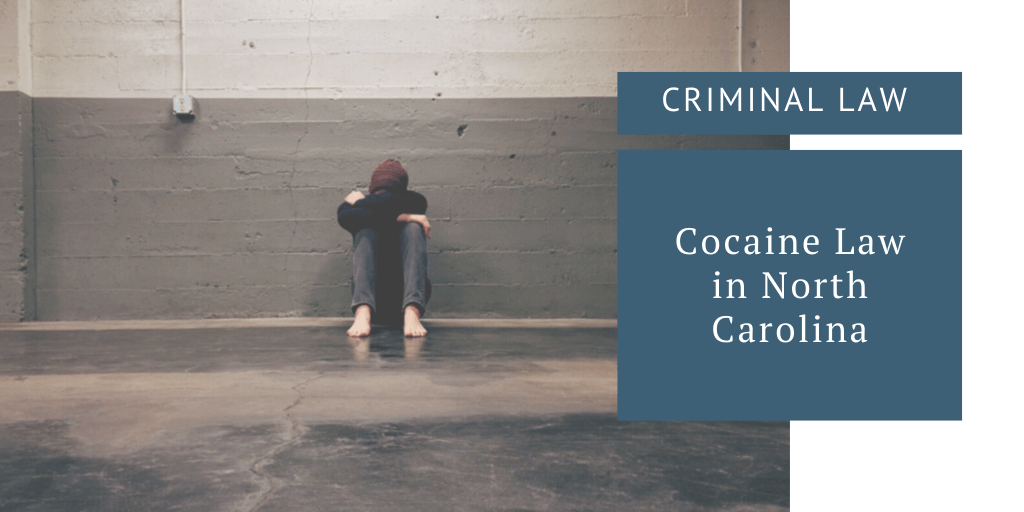 Cocaine is a Schedule II controlled substance in North Carolina, meaning it’s illegal to possess, manufacture, or sell cocaine or crack cocaine. N.C. Gen. Stat. § 90-90(1)(d), 90-95(a). Cocaine possession, manufacture, and sale are also illegal under federal law. So, what happens if you get caught with coke?

Cocaine has a dozen nicknames: blow, snow, coke, yay, zip, and more. These generally refer to cocaine in its powdered form. Cocaine may also be found in freebase form, in which case it’s called “crack” cocaine. No matter its name or form, cocaine comes from the processed leaves of the coca plant, which grows in South America. To make cocaine, coca plant leaves must be soaked in a number of chemicals, including gasoline. These extract the coca base, which is filtered, dried, and further processed to create powder cocaine. Crack cocaine can be produced through yet another round of processing with baking soda and water. While cocaine is powdery, crack cocaine forms small rocks and may be smoked rather than snorted or ingested. Crack cocaine is significantly cheaper than powder cocaine. It’s also punished differently under federal drug-trafficking law.

Generally speaking (although certain states are changing their laws regarding marijuana), a drug offense is double trouble. Both state and federal law govern drug offenses. That means if one declines to prosecute, the other may still come after you. Simple possession, the least serious type of drug violation, will likely be tried under state law. Trafficking violations, which are much more serious, are more likely to go to federal court, with harsh federal punishments.

Finally, aside from the state and federal criminal charges, drug offenders are likely to face civil penalties – fines. Under federal law, you may be charged up to an additional $11,000 in fines.

The severity of a cocaine offense varies based on the quantity of cocaine involved. That quantity is measured by weight and purity isn’t taken into account. So, if you’re caught with a one-pound bag of 99% powdered sugar and just 1% cocaine, it’s more serious than if you’re caught with just a gram of pure cocaine. For drug crime purposes, unprocessed coca leaves or extracts are treated the same way as cocaine.

North Carolina has a unique system to determine the sentences for different crimes. It’s called “structured sentencing.” Structured sentencing determines the sentence for a given crime based on the type and severity of the crime committed and the prior criminal record of the offender. In other words, two people could receive completely different sentences for the same crime if they have different criminal backgrounds.

The types of offenses are laid out in a grid with the prior conviction levels, and the resulting grid determines the maximum and minimum sentences for the offense in question.

The least serious drug offense is possession. In North Carolina, you can be charged with possession if you had either actual or constructive possession of the controlled substance. You have actual possession if the drugs are on your person, you are aware of their presence, and you (alone or with others) have control over the drugs. You have constructive possession if you have control over the drugs, but they’re not actually on your person. In either case, you have to know that the substance involved is a controlled substance. If you borrowed some sugar from a neighbor and it turned out to be cocaine, you’re not in trouble. If, however, you have a bag of what you thought was MDMA in your pocket and it turns out to be cocaine, you’re still on the hook.

In North Carolina, possession of Schedule II controlled substance is a Class I felony. N.C. Gen. Stat. § 90-95(d)(2). That means you could be facing anywhere from 3 months to a year in jail, depending on your prior criminal record.

Federal law allows for imprisonment for up to 1 year with a minimum fine of $1,000 for a first possession offense. For repeat offenders, the punishments increase to up to 3 years in prison and a minimum fine of $5,000. 21 U.S.C.A. § 844.

Knowing exchange of any amount of cocaine for money or other property is treated as selling cocaine under North Carolina law. That’s a Class G felony, punishable by 8-31 months of jail time, depending on your criminal record. If you’re caught in possession of a relatively large amount of cocaine, even without evidence that you’re selling it, it’s “possession with intent to sell.” That’s a Class H, which carries 4-25 months of jail time. Manufacturing crack or cocaine is also a Class H felony. N.C. Gen. Stat. § 90-95(b)(1).

Sale or distribution half a kilogram or less of cocaine is considered “simple possession” under federal law and is punishable by up to a year in jail and a minimum fine of $1,000. 21 U.S.C.A. § 844.

Under federal law, trafficking rules kick in when you’re caught with more than half a kilogram. For possession of more than half a kilogram and less than 5 kilograms, you face a mandatory minimum sentence of 5 years and you may get up to forty years. 28 U.S.C.A. § 841. For possession of more than 28 and less than 280 grams of crack cocaine, you’ll get the same sentence. If you’re caught with five or more kilos or 280 grams or more of crack, it’s a minimum of 10 years and you may be imprisoned for life. Id.

So, possessing, manufacturing, selling, and trafficking cocaine or the precursors to cocaine are all illegal. It’s also illegal to knowingly “open, lease, rent, use, or maintain” property for the purpose of manufacturing, distributing, or using controlled substances. It’s punishable by up to 20 years and a fine of up to $500,000. The civil penalties (which can be piled on top of the criminal ones or treated individually) allow for a fine of up to $250,000 or double the gross receipts of the drug-related activity that happened on the premises. 21 U.S.C.A. § 856.

The consequences for possessing, selling, or trafficking are serious all on their own. Under certain circumstances, they may be even higher.

If you’re caught with cocaine within 100 feet of a school (including colleges) or youth center, you face double the penalties under federal law and a minimum of one year in prison for a first offense. For a second offense, you’ll face triple the allowable penalties with a minimum of three years in prison. 21 U.S.C.A. § 850.

Possession within 1,000 feet of a rest stop or truck stop will double your time under federal law. If it’s not your first offense, your time will triple. 21 U.S.C.A. § 849. The same goes for distributing cocaine to an individual who is under 21 or employing a person under the age of 18 in any way connected to controlled substances. Your prison time will double if it’s your first offense and triple if it’s not. § 859, 861.

In general, any subsequent offense carries a harsher penalty than your first one.

Evidence and How They Can Get It

You’ve probably heard of Al Capone. The state just never had enough evidence to put him in jail. In order to put you away, they have to provide evidence that proves beyond a reasonable doubt that you’re guilty of a crime. Where can they get that evidence?

North Carolina has a “stop and frisk” law, which means an officer can search your person if she has a reasonable suspicion that you’ve committed, are committing, or are about to commit a crime. They don’t have to know specifically what crime they’re looking for, either. “Reasonable suspicion” is a low standard and it’s easy for an officer to justify a search, especially if they actually find something. Stop and frisk laws are hotly debated, so be sure to discuss the circumstances surrounding your arrest with your attorney. Evidence gained from an inappropriate search is not admissible and can’t be used against you.

If you’re stopped, pulled over, or arrested for cocaine-related reasons, remember to be polite and respectful to the arresting officers. Request an attorney as soon as possible to avoid incriminating yourself or accidentally leading the police to other charges. Our experienced criminal attorneys can help you navigate the court system. You’re innocent until proven guilty and you have rights – we’ll help you protect them.