Note: this post was updated October 2019 to include unique funding opportunities for startup companies in Charlotte and North Carolina.

They say Charlotte’s got a lot, and it certainly does for today’s aspiring tech entrepreneurs.  Boasting the fastest growing tech industry in the United States, Charlotte is home to an international airport, a rapidly growing population of young professionals from around the country, and a vibrant culture, making the Queen City the ideal place to start your tech business and scale it to national appeal. With a high standard of living at an affordable cost and local programs and incentives to grow your tech startup, the spotlight is on Charlotte as an international gateway for startups. 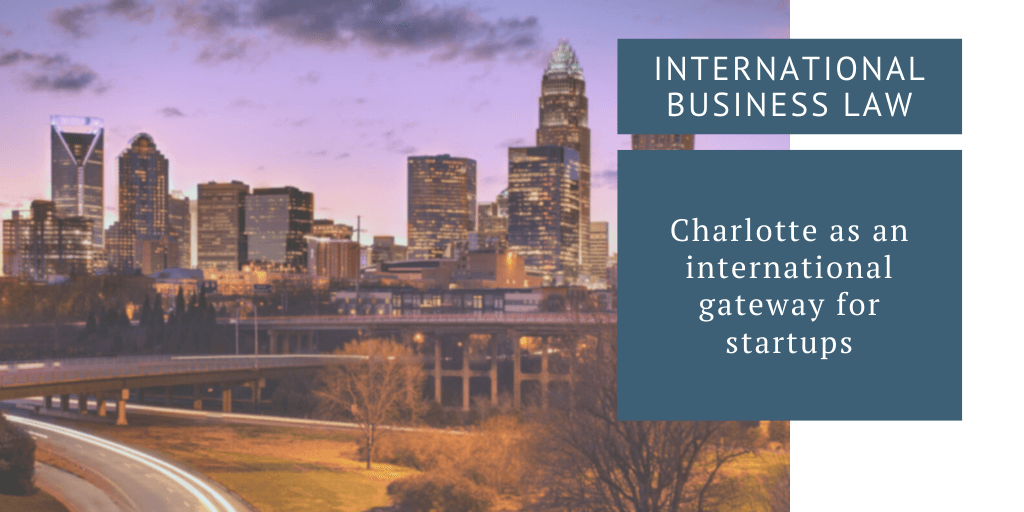 Although Charlotte was built on a banking foundation, industry focus has shifted to the tech sector, especially FinTech (a natural progression from traditional banking) and blockchain tech. These two subsections of the technology industry have found a niche market to call home in the Charlotte, North Carolina area. As an already-established hub for FinTech, Charlotte has already gone through the growing pains of evolving from a traditional banking center. Next in the city’s sights is blockchain tech, which would put it on par with places such as New York, Silicon Valley, London, and major Asian cities.

Need more convincing? Check out this excerpt on top cities for tech job creation from Forbes.

Tech businesses in the Queen City expanded their job count by 62%, with 18% growth from 2014-16, the fastest clip in the nation. Meanwhile, over the past decade, the metro area logged a 23% increase in the number of workers in STEM occupations (science, technology, engineering and mathematics-related jobs). This rapid job growth and strong recent momentum, driven partly by health care and environmental technology, ranks it second on our list. In the past 10 years, the region has added 7,400 jobs in two key high-tech business services sectors, custom programming and systems design services, along with nearly 700% growth in software publishing employment. To be sure, the share of tech jobs in Charlotte’s economy remains one third that of Silicon Valley, and the tech and STEM workforces are far smaller, but quality of life, lower housing prices, as well as decent plane connections, seem likely to help it to continue to attract tech workers.

A millennial workforce, the target demographic for many tech companies and startups, is readily available (and growing rapidly) in Charlotte. The city is attracting the generation in large masses, and doesn’t seem to show any signs of slowing. Charlotte, a part of the Sun Belt, has attracted Millennials in large numbers, partly due to lower housing costs than many other major, traditional tech cities. The culture of the city, including breweries, professional sports teams, museums, and internationally-recognized restaurants, has also engaged the millennial workforce and proved to be an effective lure for tech employees.

Charlotte tech companies are finding not only a robust workforce in the area, but they are able to take advantage of incentive and incubator programs for assistance with establishing a presence and growing a business, particularly for international companies. Knowing that a support system is already in place for companies looking to build and grow in the Charlotte area reduces uncertainty and risk.

Charlotte also has the added benefit of an international airport– the sixth busiest airport in the world. Even after a recently-completed expansion, the Charlotte airport has new plans for growth, due to demand. Having a major airport with many direct, international flights makes Charlotte an ideal East Coast hub for international scale-ups.

Available Funding for Businesses in Charlotte

Charlotte is now home to two startups with greater than $1 billion valuations: RedVentures and AvidXchange.  Achieving your startup goals can be made easier with assistance from various programs that exist in North Carolina and Charlotte to foster the growth of such programs, in the search for the next billion dollar idea.

NC IDEA was founded in 2006 with the mission of making seed grants directly to young technology companies.  Offering a combination of grants and programs, the NC IDEA program works to serve entrepreneurs and stakeholders looking to bring new businesses to the State. The NC IDEA  Program provides opportunities to secure grants of up to $50,000.00 to help grow young companies. The NC IDEA Program offers these types of grants to companies that have the potential to raise additional capital, develop new markets, and create jobs, and if your company meets the criteria, the grant comes at no cost to your company.  Between 2006 and 2017, the NC IDEA grant program served 119 businesses seeking to develop in the state.

NC IDEA Labs works with early stage entrepreneurs to help them turn ideas into companies.  This free program provides educational resources, instruction from subject matter experts, and mentoring from those who have experience growing startups themselves. This program is limited through a competitive application process, to allow NC IDEA to offer these services for free to those startups that are chosen.

With all of these factors, Charlotte offers a low-risk, low-cost point of entry for a potential high-reward situation. As an international startup or scale-up, it’s essential that you look at an in-depth perspective of the local area, understand the current key players, and have a partner ready to work with you to help your company grow and thrive.