Privacy rights for digital devices is still a largely unsettled and a relatively new issue today. UC-Davis Law Professor Elizabeth Joh says, “There’s still no good set of protections for a portal into your private life.” However there have been a couple of notable rulings that focused on whether or not police are permitted to search a suspect’s cell phone when the suspect is arrested. 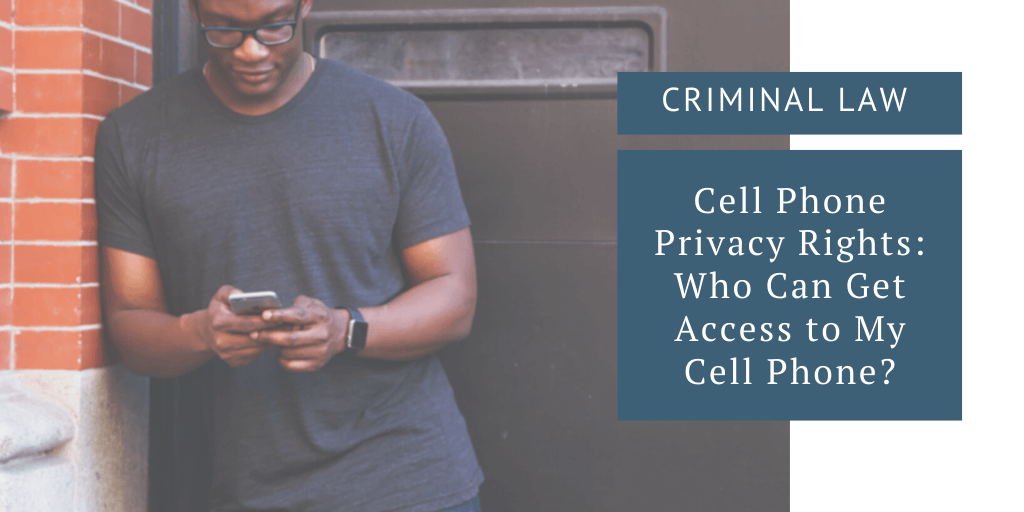 In the first case, United States v. Wurie, the police arrested a defendant they watched sell drugs, seized and searched his cell phone and found the location of his home, a search of which uncovered drugs and a gun.

In the second case, Riley v. California, the police searched the defendant’s car after stopping him for driving with expired tags, discovered guns and his cell phone, which the police subsequently searched and found pictures linking the defendant to a previous shooting.

Both of these cases involved police officers lawfully arresting a defendant, searching his cell phone incident to that arrest and discovering information on that cell phone that lead to other evidence which was used to convict the defendant of more serious crimes.

Generally, criminal law permits police officers to search defendants incident to their arrest without needing to first obtain a search warrant, under the theory that this power is needed to uncover weapons and ensure that the defendant does not destroy crucial evidence. However, Wurie and Riley are attempts to challenge this widely accepted rule and create a new rule for electronic devices that are seized and search incident to arrest, as these devices can and often do contain large amounts of personal information.

Recent events in the news regarding travel and workplace cell phone privacy have increased awareness and concern people have about the security of their devices and the privacy of their information.

In January, President Trump issued an executive order restricting and refusing entry to the United States for individuals from certain Middle Eastern countries. Though a federal judge later issued a stay on the order, a revised executive order has now been signed, which bans citizens of six nations from being issued new visas.

Since the first executive order was signed, travelers have reported having their devices seized by custom officials. There have even been scattered reports of customs agents demanding the passwords to those devices, as well as social media accounts.

Determining the rights of an employer to have access to the content of an employee’s phone is an issue with a complex answer.

“If the phone is owned and paid for by the company, then the phone’s content is likely considered company property. This means that employers are free to examine the contents of the phone, even if much of the information is seemingly private.

The issue gets more complicated when the phone is owned by the employee. Under the law, the only way an employer can compel an employee to hand over their phone is by subpoena in a court case. However, North Carolina is an employment-at-will state and employers may be able fire an employee if they do not cooperate with an internal investigation. Employees do have some protection, however, if being forced to reveal their personal information would amount to harassment.”

Currently, under North Carolina law, specifically the case State v. Wilkerson, police officers are allowed to seize and search a suspect’s cell phone incident to an arrest without a warrant. However, a ruling to the contrary by the United States Supreme Court has the potential to drastically change this state-specific rule.

Until a definitive ruling is handed down, defense attorneys may be able to object to searches of electronic devices without a warrant, which could be used to later toss out evidence obtained from warrant less cellphone searches if the Court’s decision significantly changes North Carolina’s law.

If you or someone you know has been charged with a crime or has concerns regarding cell phone privacy at work, contact SeiferFlatow to speak to a an experienced attorney today.