A shoplifting charge, or conviction, on your record often has far-reaching consequences, beyond what happens in the courthouse. This type of offense is known in the legal world as a “crime of moral turpitude.” Since shoplifting is associated with low morality, opportunities can be limited when applying for college, a job, or a new apartment when the term “shoplifting” pops up on a background check. 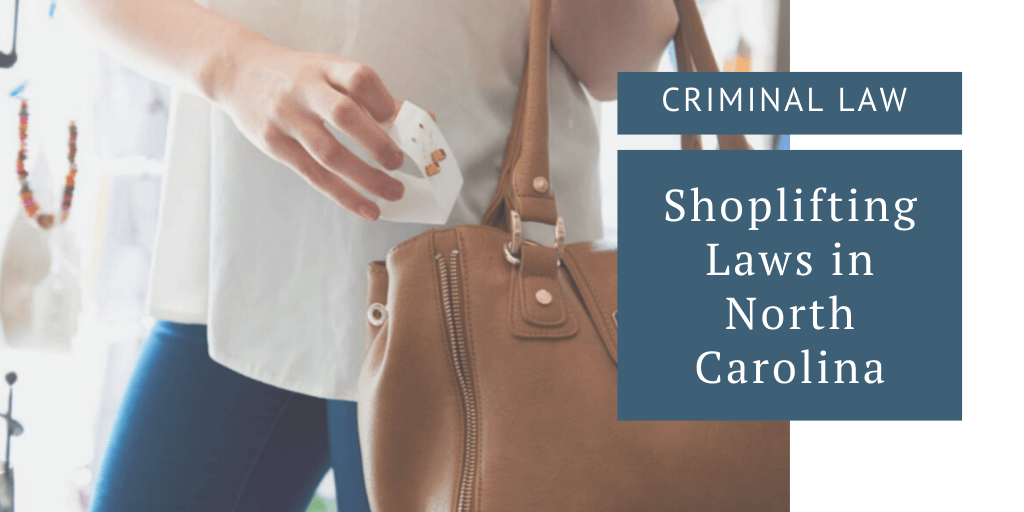 The severe impact of a shoplifting charge means you should speak with an experienced attorney right away.

What are the Consequences of Concealment of Merchandise Conviction?

Under North Carolina law, the penalties for Concealment of Merchandise are generally less severe than the penalties for Larceny of Goods. This is because a person charged with concealing merchandise is usually apprehended on the premises of the store before they have “carried away” the merchandise, which is a requirement for a traditional larceny conviction. Concealment of Merchandise can take on a number of forms, including hiding an item that has not been purchased or switching price tags on an item in order to pay a lower amount at the register.

For a first offense, the conviction is entered as a Class 3 Misdemeanor. While this is the lowest misdemeanor level available in North Carolina, a jail sentence of up to 20 days is still possible. In addition, the Concealment of Merchandise Statute requires that if any sentence is suspended on this Class 3 Misdemeanor the defendant must be ordered to complete 24 hours of community service.

The punishment for subsequent offenses becomes more severe. If a second offense is committed within 3 years from the date of the first conviction, the second offense will be considered a Class 2 Misdemeanor. This conviction comes with a maximum jail sentence of 60 days, and will also normally require 72 hours of community service. A third offense within five years is considered a Class 1 Misdemeanor, with a maximum jail sentence of 120 days.

What are the Consequences of Larceny of Goods Conviction?

The short answer to this question: It’s complicated. Larceny of Goods is a more serious charge than Concealment of Merchandise since the shoplifter will generally have removed the items from the store and walked or driven away from the premises. The class of crime that the larceny falls into depends on a number of factors, including the value of the items taken, the manner in which they were removed, and the nature of the items themselves.

As a general rule, if the value of the goods taken exceeds $1,000, the crime is considered a Class H Felony. If the value is $1,000 or less, the crime is considered a Class 1 Misdemeanor. The difference here is stark: a Class H felony can result in a maximum sentence of 39 months, whereas a Class 1 Misdemeanor has a maximum sentence of 120 days.

But value isn’t the only factor that determines whether the crime may be charged as a felony or as a misdemeanor. For instance, if the larceny involves particular items, such as a firearm or certain explosive or incendiary devices, the charge will be considered a Class H Felony regardless of the monetary value. An item taken directly from a person rather than from a shelf can also constitute a Felony, and a person with four or more prior larceny or shoplifting convictions will face a Felony even if the items taken are well below $1,000.

What Should I Do if I am Charged with Shoplifting in North Carolina?

If charged under either statute, it is important to contact an experienced attorney right away. An attorney can guide you through the process and provide you with options to avoid the headache that a conviction can bring. In addition to fighting the evidence head-on at a trial, there are a number of avenues available under North Carolina law to achieve an outright dismissal of the charges, particularly for first-time offenders.