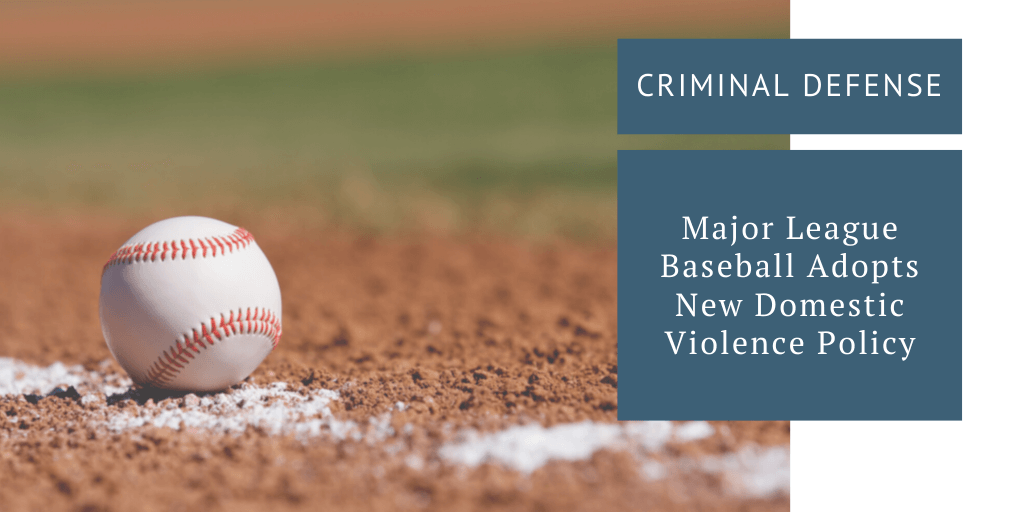 Under the new policy, MLB players can be suspended, with pay, while such criminal charges are pending. The league may also issue suspensions for “just cause”, even when a criminal conviction never occurs. At this point, there are no minimum or maximum penalties in place, providing commissioner Rob Manfred with significant discretion over these disciplinary matters.

The policy also includes a provision which limits a player’s choice of a lawyer during arbitration proceedings related to league discipline. Unlike typical court cases, where a Defendant has the right to hire a lawyer of his choosing, Major League Baseball players must use either the in-house counsel of the MLB players’ association, or an outside attorney approved of and appointed by the association.

Tony Clark, the Executive Director for the Players’ Union, said the new policy is necessary because “Players are husbands, fathers, sons and boyfriends and as such want to set an example that makes clear that there is no place for domestic abuse in our society.”

Domestic violence has been a major topic of conversation online, beyond the stories of pro sports players. Awareness for the issue, as a whole, has increased over the last year, allowing for a broader discussion on resources for victims, criminal charges for abusers, and legal ramifications for all involved parties.

If you know someone, or are someone, who has been involved in a domestic violence dispute claim, it is important to speak an experienced legal professional who will be able to explain the potential next steps in your situation and guide you through the legal process.