You should never talk to the police without first consulting an attorney. Contrary to what the police officer may say, his interests and your interests are polar opposite. His job is to gather evidence that the DA can use to convict you. 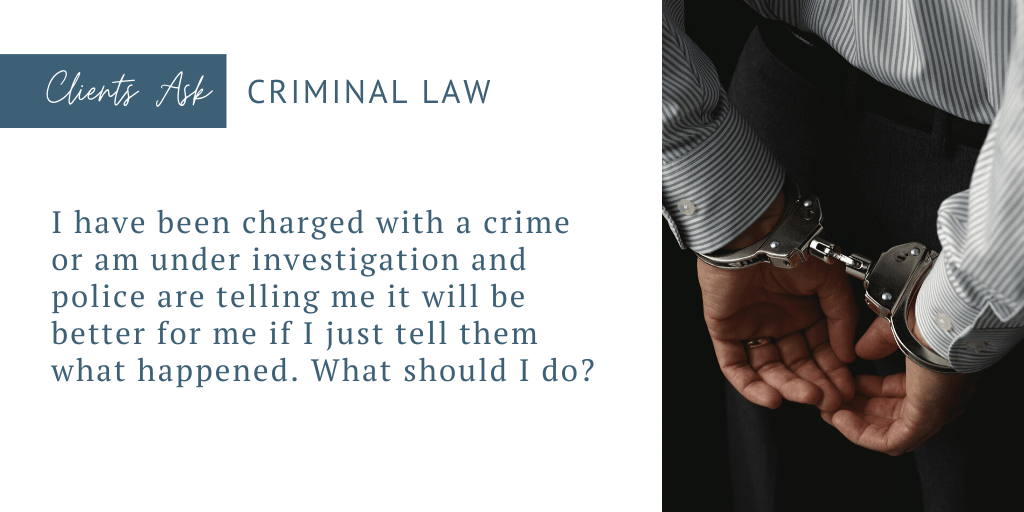 Can’t it be helpful to talk to the police?

What if I’m guilty, shouldn’t I admit to the crime?

No, you should not admit guilt. Too often, defendants admit guilt with no benefit in return. Some people may think, “Well, what’s wrong with that? Shouldn’t guilty people be confessing?” However, there is no need to confess right away. There is no rush to plead guilty. If a defendant is guilty, then perhaps he or she can work out a reduced sentence or arrangement with the DA in exchange for the guilty plea.

What if I’m innocent?

Even if you are innocent, you should not talk to the police. Innocent people unknowingly implicate themselves or confess to crimes all the time. The Innocence Project, a national organization dedicated to exonerating wrongfully convicted individuals through DNA testing, reports that more than 25% of people wrongfully convicted but later exonerated by DNA evidence made a false confession or incriminating statement. Guilty people, but not only guilty people, will regret talking to the police. It is important that before you talk to the police, even if you are innocent, that you contact an experienced criminal defense attorney to guide you through the trial process.