In an effort to reduce the number of serious injuries resulting from incidents of domestic violence, especially domestic violence homicides, police in Charlotte and Raleigh have adopted a new strategy to determine the level of danger to domestic violence victims. The goal of the new program, called the Lethality Assessment Program, is to show victims the danger they face and to encourage them to seek help, which can include counseling and immediate moves to a shelter. 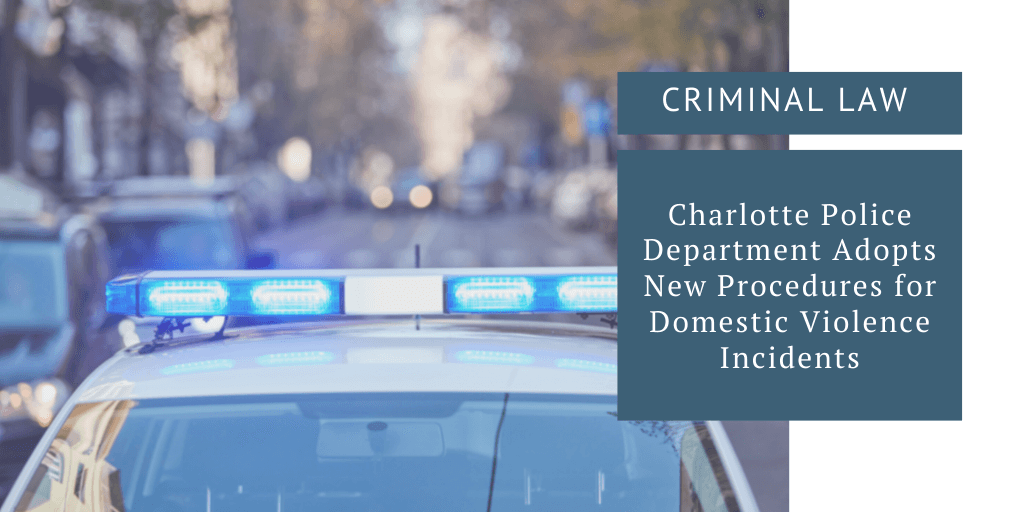 Now, when Charlotte police officers are called to the scene of a domestic violence incident, there is a checklist of questions they will go through with the victim. If a victim answers “Yes” to one of the first three questions on the checklist, which are questions about whether the abuser has used or threatened to use a weapon, has threatened to kill the victim or the victim’s children or whether the victim is afraid for their life, the police officer automatically refers to the case to a counselor. While a yes to one of the first three questions will cause the counselor to reach out the victim, yes answers to four of the eight remaining questions in the checklist will lead the officer to recommend a counselor, but it is up to the victim as to whether or not they want to contact one.

The program’s designers intended that these questions would not only force the victim to see that other people who were in similar situations were at a high risk of death or serious injury, but also to force the officers to better understand the severity of a domestic violence situation. This is an important change for police, who previously did not investigate the severity of the danger domestic violence victims faced, including the possibility of death or serious injury. Hopefully, this new protocol for handling domestic violence calls will allow officers to better understand just how dangerous these situations could potentially be for the victim.

If you or someone you know has been charged with crimes resulting from incidents involving domestic violence, contact SeiferFlatow to speak to a local Charlotte criminal defense attorney today.