In the state of North Carolina, the law prohibits operating a motorboat or vessel under the influence of drugs or alcohol. This violation is referred to as boating while impaired, or BUI, and has many similarities to North Carolina DWI convictions. 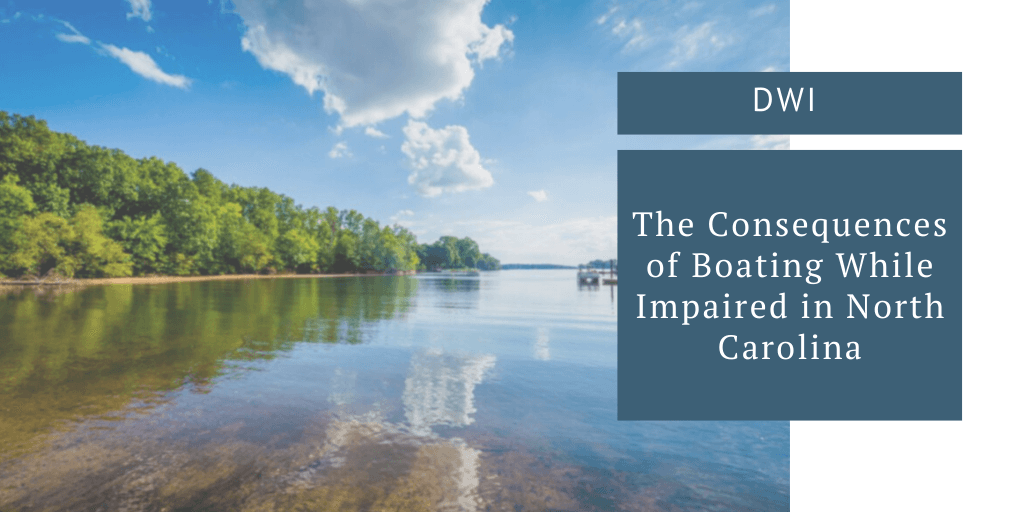 According to NC law, a person can be convicted of a BUI for

BUI is not limited to motorized boats. G.S. 75A-10 states that a person cannot manipulate any water skis, surfboards, nonmotorized vessel, or similar device while under the influence of an impairing substance.

A North Carolina BUI will commonly be a class 2 misdemeanor and the sentence imposed by the court will depend on the offender’s criminal history. Generally, offenders face $250 to $1000 in fines and a maximum of 60 days in jail.

In June of 2016, North Carolina enacted Sheyenne’s Law, which enhances the consequences for certain BUI offenses. The bill, named for 17-year-old Sheyenne Marshall, who was killed on Lake Norman by a drunken boater in 2015, was unanimously approved by the NC General Assembly and signed by then-governor Pat McCrory. It took effect on December 1, 2016.

Under Sheyenne’s Law, the new penalties for BUI are as follows:

In addition to following the rules and regulations regarding boating safety, remember to never drink while operating a boat. The safety of yourself, your passengers, and others on the lake are at stake.

If you have been charged with a BUI, contact the attorneys at SeiferFlatow as soon as possible.