Eager to start his career, he finished both programs early and headed to North Carolina.  After passing the North Carolina state bar exam, Adam settled down in Charlotte in 1999 and has been proud to call the Queen City home ever since.

Adam was admitted to the state of North Carolina Bar in 2000 and brings a rich array of education and knowledge to his clients. Adam’s education includes:

Adam began his legal career handling and trying personal injury cases and criminal cases in 2002 and, since then, has handled thousands of cases to either jury trial or bench trial in front of a judge. In criminal cases, Adam represents a wide variety of clients with diverse legal needs, ranging from serious misdemeanors, including Driving While Impaired (DWI) and Assault on a Female, to more serious felonies in which his clients face significant jail time if convicted.

Adam zealously fights to protect his clients’ statutory and Constitutional rights and tries to ensure that they do not get railroaded by a system that is supposed to stand for innocence until proven guilty. Adam shares the mission of the firm – to help level the playing field for his clients by combining unparalleled customer service along with aggressive advocacy to protect his client’s rights.

Adam loves living in the Carolinas, and he enjoys giving back to his community. He currently sits on the board of directors of many charitable foundations such as the Steve Smith Family Foundation, a foundation dedicated to ending domestic abuse, which was started by former Carolina Panther wide receiver Steve Smith.

Along with the other members of SeiferFlatow, Adam often helps sponsor and support numerous charities and charitable events in the community such as The Dave Thomas Foundation for Adoption and Autism charities. In his spare time, Adam enjoys playing softball and tennis and working out, as well as traveling and cheering on his local sports teams.

"In our field, we cannot promise what a judge or jury will do. We cannot force a company into a better settlement. What we can do is guarantee that our clients will have the best chance of success by explaining a detailed process that will guide their case. Each client gets a roadmap from our firm on how best to position their case in order to strive for an optimal outcome. Doing this maximizes each client’s chances for success in whatever forum. We do not win every case, but our record is quite impressive, mainly because of this approach. In many instances, the cases we lose are the ones where our clients are most appreciative because they know that they got great representation and no corners were cut in the process." 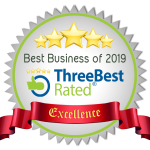 Talk to Adam about a DWI, Criminal Defense, or Traffic Case

Cost of a DWI in NC

What Do Clients Say About Adam?

"Absolutely satisfied. This is a great law firm and will totally recommend it and want to personally thank Adam!"

"He was the only lawyer I spoke to on the phone that was well versed on the state statutes as to my options to get my car released."

"He treated my case with professionalism and he moved expeditiously to get my case dismissed. He also worked very hard to answer my questions and concerns."